Rental income in the Real Estate division decreased by 0.9% to CHF 173.3 million despite a decline in vacancies owing to property sales. Like-for-like rental growth came to –0.85%. The cumulative vacancy rate was reduced by 2.4 percentage points to 5.1% of target rental income. Combined with lower real estate expenses, the net yield rose to 4.4%.

The sale of four yield-producing properties for CHF 100.4 million resulted in a book gain totalling CHF 5.6 million, which is 6% more than the market values as at 31 December 2015.

The valuation of investment real estate led to a strong upward revaluation of CHF 85.0 million, with all real estate categories achieving positive results. Persisting pressure on yields led to a further sharp decrease in discount and capitalisation rates by an average of 31 basis points and was the main driver behind the revaluations result.

With a completed project volume of CHF 493.7 million, the Projects & Development division reported income from business activity of CHF 84.0 million. As a result of the 19.4% fall in the completed project volume, fee income and earnings from construction activity decreased to CHF 48.8 million. The sale of development real estate generated a profit before tax of CHF 34.6 million. In terms of the sales prices achieved, this resulted in a gross margin of 14.9%.

Operating expenses decreased year-on-year by 10.4% to CHF 62.2 million, which is largely attributable to the lower headcount.

As in the previous year, net financial expense (CHF 37.7 million) was additionally impacted by negative interest problems, namely negative interest of CHF 5.2 million and an ineffective portion of the change in the market value of interest rate swaps amounting to CHF 4.2 million. The early termination of all interest rate swaps in December 2016 means that all related expenses in the following years are plannable since the hedging reserves in equity can be released to the income statement over the next four years.

Operating tax expense of CHF 30.7 million represented 21.5% of net profit before revaluation and tax. Of this amount, CHF 23.1 million was attributable to current taxes and CHF 7.6 million to deferred taxes. CHF 23.6 million in deferred taxes was charged to the income statement from the revaluation of investment real estate, corresponding to approximately 28% of the revalu­ation effect. 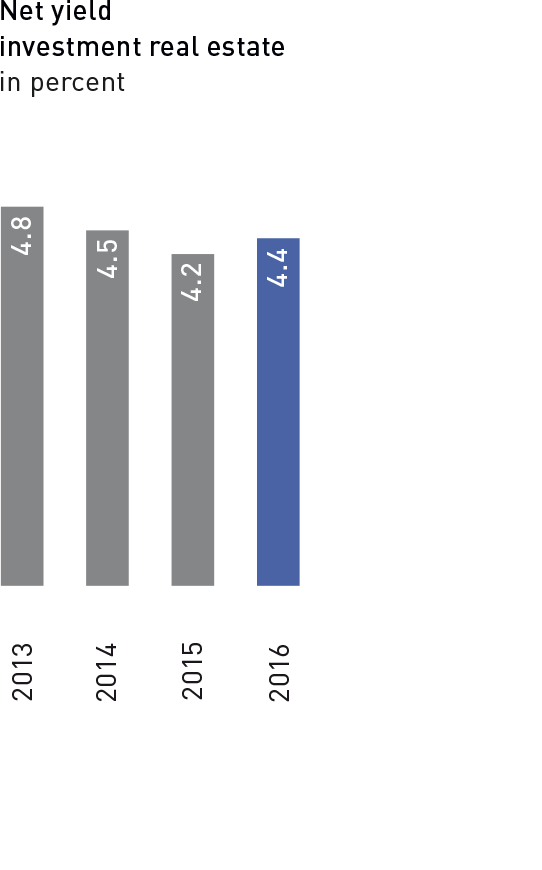 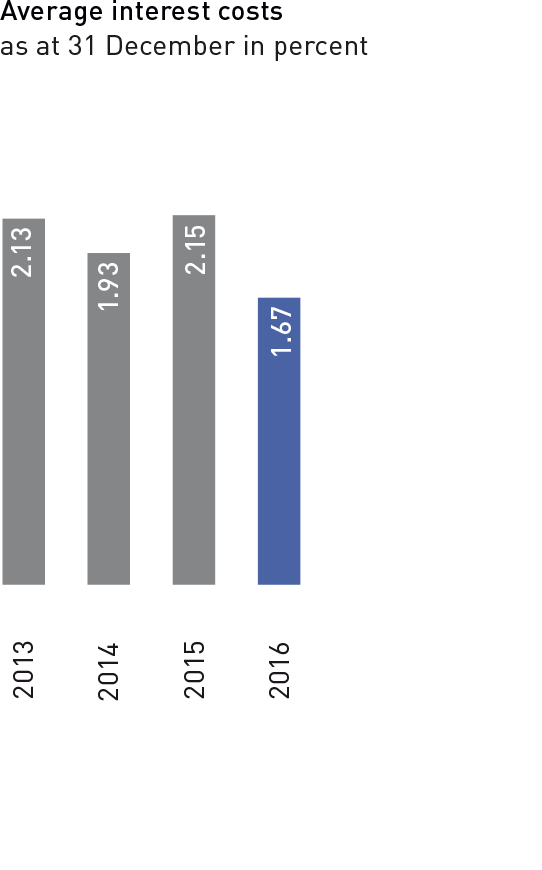